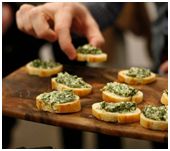 Having relocated from Assam to Dubai in 1990 where I had landed a job, within a couple of years of being there I had taken the plunge, venturing out on my own peddling my wares in that humungous tea crazy market which, being based in Dubai, I had relatively easy access to.

At that point of time my entire ‘tea-knowledge’ being India-centric, it was only those teas which I had in my repertoire.  As I travelled and pounded pavements in various cities in the Gulf, the Levant and the CIS it became starkly apparent that my rather limited offerings were seriously hampering my efforts.  The target market, I quickly learnt, was desirous of a more broad-based selection of teas.  Which stark reality led to me spreading my wings to Sri Lanka and China.  In course of time, with frequent travels to both origins, I quickly made friends and built up relationships which, I’m proud to say, last to this day.

While travel to China was more need based, Sri Lanka was different to the extent that I was always looking out for any excuse to fly into Colombo.  The Lankans being a naturally fun loving and gregarious lot, the work during the day would seamlessly dovetail into party time no sooner had the sun dipped over the horizon.  Which of course also explains why, when after 10 years there, I took a decision to relocate from Dubai, Sri Lanka simply became the natural choice.

I digress because this particular yarn pertains to a time well before we moved lock, stock and barrel to SL.

Lalin Fernando the owner of Standard Trading Company, one of the largest tea export houses in SL and a thorough gentleman who would eventually become my mentor and my entire support structure when I did relocate to SL, had invited me for the wedding of his daughter Ishani.  Having taken a late night flight out of Dubai which arrived in Colombo at some unearthly hour, despite the fact that I have the uncanny ability of being able to sleep on any flight, come the morning I was more than a little groggy.

Ishani’s wedding reception being at 8 o’clock that evening, I had kept my whole day free for Jaidev, the son of

Hardev my friend from my Assam days.  Jaidev a youngster in the process of starting his own tea business in India, would always be seeking advice and used lean on me for guidance.  Having been invited by some tea exporter to visit SL to check out some tea estate going by the name of Rookwood, he had coordinated his visit with mine having requested that I accompany him to visit the estate.  I had agreed to this after he had checked back with Mr Disanayke, the person who had invited him, and his having shared the feedback with me that the estate was only a couple of hours drive from Colombo, with his host having assured him that we would be back in my hotel well in time for the wedding reception.

Having been picked up from the hotel post a hurried breakfast, we got to Kandy by noon to be told on reaching there that Rookwood was further uphill.  Checking with Disanayke and being told that the estate was at an elevation of almost 7,000 ft and being aware that Kandy is all of 1,500 ft, I was convinced that the gentleman was bullshitting us.  Turned out that he wasn’t!  Heading out from Kandy on what seemed like an almost endless bumpy steep uphill drive on a road which kept snaking up along very sharp curves coupled, with the fact that I had not had a good night’s sleep, had me go sick as a dog so that every 15 minutes I had to request Disanayke to stop the car for me to retch and throw up.

That I was pissed off and livid with the gentleman for his advance misinformation to us, would be a gross understatement.  Every time the car went around a couple of very sharp hairpin bends, my insistence that we turn back was placated by being assured by him that we were almost there.  It was well past 2 o’clock when we finally crested the hill to see a tiny little factory before us.  Much to my disbelief, on checking the elevation I realised that we were actually up at a somewhat more than 6,000 ft above sea level.

I was so tired, so sick and so pissed off that I remember, most unfairly I now concede, being

decidedly rude to Ronnie Asirwatham, the owner of Rookwood who had been patiently waiting for our arrival.  Wanting to head back as quickly as possible, with me hurrying the other two along, we took a quick round of what I found to be a very clean but rather basic tea factory, equipped with some fairly archaic machinery.  The perfunctory round having been dispensed with, we stepped into Ronnie’s office where, on a tasting table I found an array of six freshly brewed tea tasting cups.  At first glance itself I could see that the liquors in the cups appeared to be very lively and bright.  As is the standard tea tasting method, picking up the first cup to slurp and swish the tea in my mouth, the appearance of the liquor having alerted me on what to expect, far from being surprised, I was simply astounded!

If you, the readers, have not been given the magic mantra of ‘tea perks you up‘, let me share this truth with each one of you – it most decidedly DOES.  That first sip ended up with me literally racing through each one of those six cups, not slurping but gulping, leaving not even so much as a drop for the others to taste.  Six tasting cups down the hatch mellowed me down to the extent that almost involuntarily I turned around to give a very startled Ronnie a tight bear hug!

Simple fact of life in my book.  That anyone who can wave a magic wand to churn out teas similar to the cups I had just downed, immediately becomes a friend!

On the drive up to Rookwood, having concluded that I was dying and having been revived back to the land of the living and profusely thanking Ronnie for having been instrumental in done so, we literally ‘flew’ back to Colombo for me to shower and don my party frock for the grand Ishani Fernando wedding bash!  Had a blast.

As to Ronnie Asirwatham and Rookwood, that first meeting turned out to only the first chapter into a friendship and a story which matured beautifully when we relocated to Sri Lanka.  That being a tale which demands separate attention, I’ll spin that yarn  as a sequel to this one ……………..  watch this space!