Volleys in the Khyber 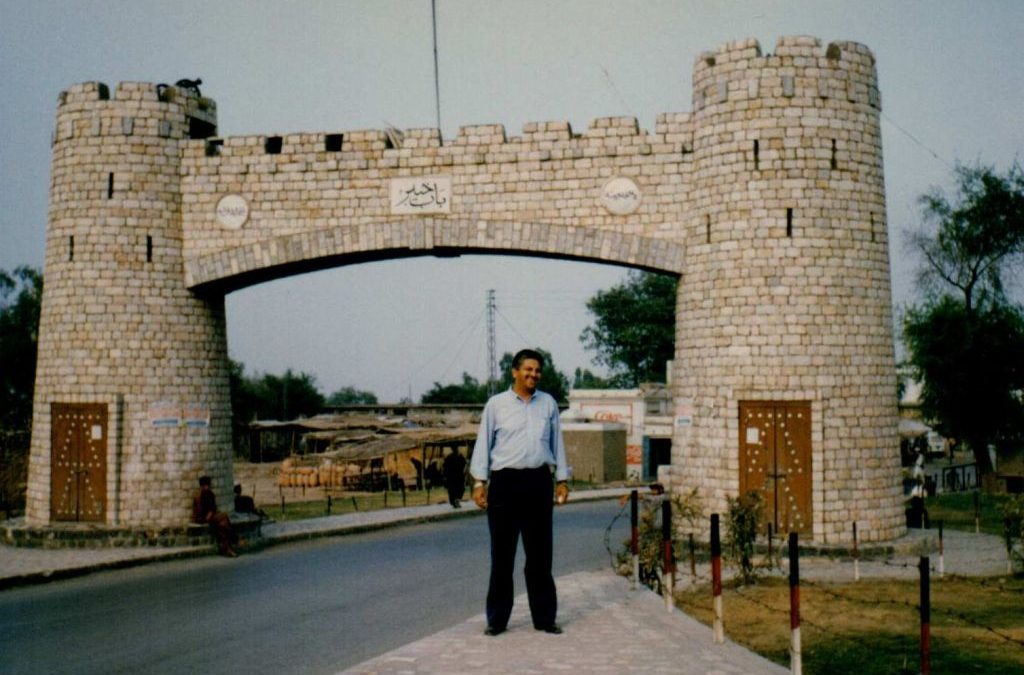 While I personally know that this period was not as interesting as my planting days in Munnar and Assam, my 10 year long stint in Dubai did certainly have its memorable moments.  While I have been/shall be writing about those as we go along, the one which does stand out in my memory is my drive through the Khyber Pass.  I have no idea whether this statement is correct or verifiable, but would like to believe that I must be one of the very few Indians who can lay claim to having actually driven through the Khyber Pass, all the way down to the border of Afghanistan.

This was probably sometime in 1996 which is when, desperately seeking clients, I was literally using a shotgun approach shooting blindly in the direction in the direction of any tea consuming country hoping to hit at least some target.  The follow up to spraying a wide swath of area with the ‘shotgun’ and drawing even the faintest whiff of any blood would then immediately have me changeover to a more focused ‘rifle’ approach, targeting specific companies and individuals.

It was that shotgun approach which had me travelling to one country after the other covering the entire Middle East all the way from Yemen in the east to Syria in the west, while north to south I was pounding pavements in almost every country of north Africa, going all the way north through Iran and crossing over into the CIS and Russia.  Each of those countries harbouring populations which practically survived on tea, it was inconceivable to me that my wild shotgun volleys would not find a mark.

While not quite in my focus area, it being a country with a very high volume tea consuming population, Pakistan was very much in my sights and was, regardless of the difficulties we Indians faced in obtaining a visa, being visited quite frequently.   This being a bizarre and ‘silly’ reciprocal arrangement which the two countries had, any visa issued to me used to be specific to travel being allowed to only two cities.  Having pounded the pavements in Islamabad and Lahore, I slowly figured out that to be able to target the big volume business, the city I needed to be in was Peshawar, more so because that was the gateway to Afghanistan and via which city thousands of tonnes of tea were regularly smuggled into the neighbouring country.

The shotgun having drawn first blood, my focused rifle approach in Peshawar led me to one Mr Abdul Ghafoor who was ‘reputed’ to be one of the many warlords of that region.  Using various channels and having managed to get direct access to the gentleman, at the first opportunity that came my way I found myself in Peshawar.  ‘Rough’ would be an understatement for the first impression I got on emerging from the airport after landing in that city.

The other word which readily comes to mind is ‘hospitable’.  That latter statement being borne out by me being invited to the gentleman’s house for dinner and gorging myself on absolutely sumptuous kebabs and slivers of the most tender meat being carved out from a full lamb on a skewer over a slowly burning fire, which kept finding its way to me.  The delicious meats were accompanied by these massive rotis, one of which was enough and more for the six of us who sat down in a circle around the roti, stuffing morsels of this into our mouths with the circle becoming ever smaller as the circumference of the roti decreased.

Next day in Abdul’s office after I had made my sales pitch the gentleman asked whether, while in Peshawar, there was anything particular I’d like to see or do.  On the back of all that one had read and heard about how fascinating it was, the only thing which came to mind was the Khyber Pass.

Which request I quickly qualified by telling the gentleman that since I was an Indian (the enemy!) I realised that this was an impossible request.  The reaction I got was least expected and music to the ears.  Was told that this was not at all an issue and that Abdul and a couple of his men would come by to pick me up from the hotel next morning.

Come the day, Abdul drove into the hotel in a Land Cruiser with three rather rough looking gentlemen hemmed into the back seat.  The Salaam Alaikums having been exchanged, the only think I was told was that ‘You shouldn’t be wearing all this jeans nonsense’ and that had I been wearing a Salwar/Kameez like them, who would know whether I was Indian or Pakistani.  Getting into the front seat I was also advised that when we reached the entry point into the Pass where the Khyber Pakhtunkhwa Police manning the post would ask a couple of questions, that I should just keep my mouth shut and to leave it to Abdul and the others to do the talking.  That I was a little apprehensive would not be an exaggeration.

On being flagged down at the Khyber gate, there was a good five minute friendly banter between the four in the vehicle while I sat mum looking straight ahead and avoiding eye contact with the security personnel.  During the ongoing conversation in Pashto, I heard the word “Lahore” thrown in a couple of times.

Having been waved through the gate Abdul told me that he had convinced the guards that I was a visitor from Lahore.  Phew!  And then, a dream come true, we were on the Khyber Pass road.

Following a short steep ascent after the entrance, the road became a gradual gradient.  Looking around all I could see was a stark and barren landscape.

An hour into the drive Abdul stopped in the middle of nowhere, pulled out a revolver from the dashboard, stepped out of the vehicle, walked to the edge of the road, pointed the weapon skywards and let out three rapid shots.  Appeared to be a pretty pointless action, on asking why he had let out that volley, I was told that this was to establish how macho he was.  Crazy was the word which immediately sprang to mind and which I, just as quickly, swallowed down.  Looking around me I noticed that there were literally hundreds of spent and empty cartridges of various calibre strewn around.  This spot was apparently the spot where all these macho men stopped to show of their bravado!

Masculinity having been re-established we continued on our way to shortly reach Landikotal, the highest point of the pass.

At which point Abdul steered the vehicle into an imposing gate manned by two menacing looking gentlemen neither of who I would have liked to meet around a corner on any dark night.  Each of these ‘gentlemen’ had a rather large weapon slung across one of their respective shoulders while across the other was a bandolier.  Entering a large compound full of fruit trees and dozens of white peacocks ambling around, Abdul introduced me to the elderly gentleman who had emerged from the palatial house to greet us.  Abdul’s father.

I was enthralled and distinctly remember that I had a good two hour conversation with the gentleman literally spellbound by the tales of the history of the Pass which he shared with me.  How I wish that I had gone in armed with a tape recorder.  While we were in conversation, a man who was busy digging a trench towards one corner of the compound (I was told that they were going to build a small outhouse) walked up to the father to hand over some pieces of metal he had found in his excavation.  Turned out to be coins

from some era way back in history which I was told was a very common occurrence in Landikotal.  And here was I, a nobody, actually living history as it unfolded, trying to visualise Mahmud Ghaznavi and the hordes of Turkic-Mongol invaders of the sub continent who had come streaming down that same area where I was now sitting, killing, looting and pillaging everything in sight!

Most reluctantly having to move on before evening, pulling myself away after having profusely thanked Abdul’s Dad for his time, his stories and his hospitality we drove off to descend to the

other side of the high point, after which the terrain took on a totally different look to the ascent to Landikotal, with the road descending rapidly to end at Torkham which is in fact the gateway to Afghanistan.  Not much else I could do other than to touch the gate with reverence and count my blessings at having been given this once in a lifetime opportunity.

Never did get to sell even an ounce of Tea in Peshawar.  But who cares!