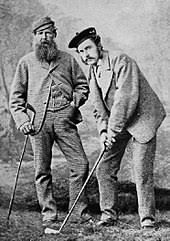 Having taken up a job offer from Warren Teas, on my relocating from South India to Assam, my first posting was as the Field Assistant on Dhoedaam Estate located in Upper Assam.  Dhoedaam is almost at the extreme north eastern tip of Assam, close to the point where Assam disappears into the humongous Brahmaputra river to emerge on the other bank as Arunachal Pradesh.

of the planting community in the district I was automatically also a member of the Doom Dooma Planters Club which in those days (early 1980s) was always buzzing with activity.

Hot, humid and sultry to the extreme we would eagerly await Sundays so that we could troop off to the club for a long leisurely swim.  While we’d be splashing and fooling around in the pool, close to noon we’d find planters of all seniorities, attired mostly in shorts and Tee-shirts, trickling into the club in small batches and immediately attacking the bar.  Once there, the men would invariably remain rooted to that spot, exerting themselves only with strenuous elbow bending exercises which would invariably carry on till very late in the evening.

The ladies (wives of the assault party at the bar) also having arrived at the club, towards late afternoon, the whole lot would take a break from the liquid sustenance to troop to the club dining area for lunch, following which the men would once again make a bee-line back to the bar, attacking the bottle to continue their single minded activity which had been rudely interrupted by their having to eat to keep body and soul together.

While we swimming types would be making do with our simple club fare, we couldn’t help but notice that the lunch laid out for that gaggle attached to the bar, would always be a rather grand spread.  With my wife and I not being part of that eating / drinking / merry making lot, we’d simply dismiss them with a sneer as being ‘those golf types!’

The fact that those ‘golfing types’ were regularly involved in a lot more (besides it being more interesting) activity than we ‘the other lot’ who spent our Sunday messing around in the pool is what finally tilted the balance for me to reach out to Rameshwar Singh who that year was the honorary secretary of the Doom Dooma Golf Club.  Had a chat with Rameshwar who, while a somewhat senior planter, was a good friend who told me that with the number of active golfers in the district being on a downward trajectory, the golf fraternity would be delighted to have a new member join.  He then suggested that for me to get a feel of the game, “next Sunday is the Ambrosia Plate golf tournament” which he said I was welcome to participate in should I become a golf member before Sunday.

The annual fee required for me to be able to take this momentous step being a princely sum of (if memory serves me well) ₹150, I happily handed that over to Rameshwar along with the membership form

duly signed and seconded by a couple of golfing friends. The fact that I did not have a golf set and that I had never even held a club in my hand was dismissed with that being neither here nor there and that for the present Rameshwar would loan me an old set of his and also that over the next couple of evenings, he’d would be happy to give me a lesson or two.  In hindsight the fact that my induction to the game and my first and only golf lessons I have ever had were under the stewardship of Mr Rameshwar Singh, whom subsequently learnt was himself an awful golfer, probably explains why, while I thoroughly enjoy the game, to this day even after almost 38 years of hacking away on many golf courses in many parts of the world, I continue to play the game like an idiot!

Come Sunday Mr Gurrinder Singh Khanna duly attired to pass off as an accomplished golfer armed with a golf set which appeared to have already been in a couple of wars, drove across to the

Samdang Golf course which is but a stone’s throw away from the main club.  When everyone was assembled the rules of the Ambrosia Plate Golf Tournament were read out to us:

While ladies are akin to dams, having this uncanny ability to hold back any amount of water, the Ambrosia Plate was obviously not quite the type of competition designed for gentlemen with a prostrate problem.

To add to what he probably assumed to be fun, our sadistic

friend Mr Rameshwar Singh had concocted a brew which any witch would have been proud of.  A large shot of Vodka made more lethal with a similar shot of Gin topped up with tomato juice and the usual Bloody Mary dashes of this and that.  Sufficient volumes of this witches concoction filled in old liquor bottles were placed on tables next to each of the seven wet holes.  This being in the month of August when Assam simmers and is enveloped in an oppressive cloud of humidity one could slice with a knife, by the time each team reached their sixth/seventh watering hole, the stuff in the bottles bubbling with fermented excitement, would have been enough to knock a horse out for the count.

Be that as it may, by the time the golfers reached their respective ninth hole there was not one not groaning and walking cross-legged and then a rush to the nearest bush!

If memory serves me right, during the course of that morning I believe I did manage to touch the ball with my wildly swinging club at least a couple of times.

The final score cards for each one of the nine teams when they were read (not that there were all too many golfers standing upright to hear the scores) out, all followed a similar sort of pattern.  Birdie – par – birdie –bogey – double bogey – bogey before going totally haywire with 6s and 7s over par!!

Fun!  Of course it was fun.  As was the mother of a hangover the next morning.

Love the Scots for having invented the game!  Well done you buggers and may your ilk live long!