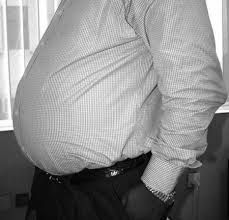 While it is common knowledge that the situation has changed quite drastically from the time the company changed hands in the mid ’80s following which the company had gone through some majorly turbulent times, back in the day Malayalam Plantations was the most respected, fully integrated and an extremely healthy plantation company.  26 estates spread across various districts of Kerala, with a couple spilling over into Tamil Nadu.  While also producing some small volumes of Cardamom, Coffee and Cocoa, the two main crops of the company were tea and rubber.  The latter from thirteen prime rubber properties and the former from a similar number of some lovely tea estates.

Having been sent for an extension interview to one of the Company’s rubber estates near Trichur, my four year tenure in Malayalam’s ahead of me relocating myself to Assam, was all in tea.  The four years being equally divided between stints on two beautiful estates in the High Ranges.  Had I stayed on in Malayalam’s, a transfer to a rubber property was imminent and would have been my next posting, however before that could come about I had already jumped ship and moved lock, stock & barrel to join Warren Tea in Assam.

Before I ramble off on this tangent, I’m taking a step back to when I was still on Panniar in 1977.

Each year, so as to precisely work out the fertilizer input requirements for each of the rubber estates, Malayalam’s used to get a comprehensive estate-specific analysis done at the

Rubber Research Institute in Malaysia.  The modus operandi was a whole nine yard exercise which involved leaf from rubber trees from various points of every field in each of the 13 estates being sent to the RRIM for them to do whatever it was that they did, following which based on the analysis results, the Institute would advise correct fertilizer inputs for each specific field.  An annual project which was handled along the lines of a well oiled military operation.

The ensuing being central to the main tale, a small detour:

Regardless of seniority, the standard mode of transport for all PDs and SDs on each of the 26 properties of Malayalam’s was a Bullet Motorcycle, a number of them of a rather dubious vintage.

Whether it be rain, hail, sunshine or even if the heavens chose to open the sluice gates (a fairly regular feature) all executives of the company were expected to conduct their estate work astride on their bikes.  The only exception to this rule was Wentworth Estate which, for some reason probably lost in history, was privileged with a jeep which, much like a number of the bikes, probably dated back to the second world war.  In 1977 the ‘advantaged with a jeep’ PD on Wentworth was the redoubtable Len Latham.

For the month long ‘rubber leaf analysis’ (a rather pompous job description) operation, Len’s jeep would be requisitioned and stationed at the Agents offices in Cochin.  Every day the jeep

would be despatched to one of the 13 rubber estates to return late in the evening with packets of fresh, plucked off the tree, rubber leaves from four or five fields on that estate.  Rubber estates being huge properties with each estate being divided into any number of fields, explains why this operation was so prolonged.

Besides the jeep, the other annual requisition by the Agents for the seamless handling of this rather ‘complex’ operation was the services of one SD who, much like the jeep, was

stationed in Cochin for the duration.  That this lucky co-opted SD would be comfortably ensconced in the Casino Hotel which was walking distance from the H&C office was what made this short term job a plum posting, albeit temporary.  To cut a long story short, in 1977 the name of yours truly was the one which likely chanced to be pulled out of the hat in the Agents office.

The estate-wise time-line having been worked out in advance, the job involved making sure that in the morning the jeep headed off to whichever estate was scheduled for the day.  Being dependent on the distance from Cochin, the jeep would return at odd hours, from late evening all the way through till the wee hours of the next morning.  The leaf packet for the day handed over to me would be stored in the fridge in the hotel.  Next morning I’d walk across with this pack to the office which had been provided to me in the H&C compound.  With two workers to assist me, we’d clean the approximately 80 odd individual leaves with some cotton and alcohol, cut off the midrib of each and dehydrate the balance in a small oven.  The dried leaf would be ground in a mortar & pestle and the powder sealed in a plastic bag labelled with the estate and field particulars.  I was then required to take the packet(s) to the Phytosanitary Inspector in Cochin port for that office to approve the sample for despatch with an official stamp on each packet, head back to the H&C office to hand over the approved, sealed packs of powdered leaf to the despatch clerk who would courier the same to the RRIM.  On most days this rather “complicated” song & dance routine would be done and dusted by noon.

Starting off each day with a sumptuous buffet breakfast at the Casino Hotel, with little else to do once I was

done with the ‘highly specialised’ job I was tasked with and having been given carte blanche signing authority in the hotel, lunch time onwards I simply went to town with the hotel restaurant’s rather expansive menu.  Compared to the simple and ‘sometimes’ palatable fare which Kaliappan, my trusted cook/bearer/man Friday had been dishing out to me day after day for the last couple of years, for a young planter the Casino kitchen fare was like manna from heaven.  And so, one tucked in!  Then tottered across to the room and passed out for a rather extended afternoon siesta.  Tough life!

For the first couple of evenings ahead of pigging myself on a heavy dinner, being unsure of how I was expected to be conducting myself, I ended up twiddling my thumbs in the Casino hotel.  A week on, it having dawned on me that no one was concerned with what I was doing in my spare time,

I linked up with a college buddy of mine, a naval officer posted on the Naval Base on Wellington Island which was just a mite more that a stone’s throw away from the Casino Hotel.  That effectively took care of my ‘bored to tears’ evenings.  Every day by late afternoon, which is when the officers on the base would be done for the day, I’d hop on to my bike and ride across to the base to some officer’s house where a bunch of us would get together to drink and play cards all evening.  Before heading out I’d leave a contact phone number with the hotel reception with instructions that as soon as the jeep arrived at the hotel, they should call me.  The call when it came would have me rushing back to the hotel to plonk the package in the fridge before quickly getting back to the interrupted game.  A round trip which never took more than 15 minutes.

While the fun and games were on, the onset of the typical Kerala monsoon resulted in our leaf collection schedule literally hitting a brick wall.

The daily torrent simply took a tight hold of our well laid out plans by the collar and shook those up nice and proper.  With workers on the estate being unable to shinny up the trees to pluck leaves on account of the uninterrupted downpours, there were many days when I didn’t have to cut short my card game to rush back to the Casino Hotel.  The bottom line being that my stay at the Casino kept getting extended so that my month long temporary sojourn eventually ended up as a three month paid holiday.

A month into gorging myself on the Casino food, by which time I must have been through that menu at least a couple of times, I could almost hear my taste buds shouting out for a change.  To put those little blighters at ease I did the unthinkable and which most SDs would have baulked at.  I walked up to David McCririck, the Estate Department top honcho in H&C with a request that I be given some leeway on where I could go to stuff my mouth so as to keep body & soul together.

I was quite taken aback when David rather nonchalantly suggested that I could, whenever I so wished, use the restaurant at the Malabar Hotel and that I was welcome to sign the bills which would be settled by H&C.  The signing authority at the Malabar (now the Taj) which was the up-market establishment on the Island, besides me gorging myself on some rather fancy fare, also had me strutting around with my nose in the air!

All hunky-dory other than the somewhat terse and increasingly more impolite notes I started receiving from Len who began to sound more and more like a cat on hot tin roof, wanting to know when he was to expect his jeep back.

months from when I had checked into the Casino Hotel, with the last leaf from the last of the 13 estates having been powdered and despatched to the RRIM, I hopped on to my bike for the six hour ride back to Panniar.  Having sent off a rather lean and hungry looking assistant to Cochin, when I reported to his office next morning, one look at the podgy character with his shirt front buttons stretched to bursting had Abid with his tongue firmly in his cheek and in the most concerned voice, which would have made any stage actor proud, had only one ‘innocent’ question which he casually threw my way, wanting to know “why have the Agents in Cochin been starving you?!”