Diving head first Into my calling 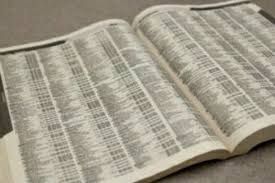 In 1974 while still studying for my post-grads in English in the Punjab University in Chandigarh, over the Diwali holiday break I had headed off to Delhi to spend a couple of days with my elder sister.  On an evening at a party in her house I got into a long free-wheeling general conversation with one of the guests who, before he had moved on to someone else, casually asked what were my plans after university.  Being told that I hadn’t a clue, as a parting shot the gentleman says “why don’t you come and meet me in my office tomorrow”.

Party over, guests all gone I asked my BIL who it was that I had been gassing with.  Told that the gentleman was the Director of Manpower Development with the Oberoi Hotels

Group, next morning all spruced and dolled up in my blazer and tie and armed with a copy of my Bio-Data I landed up in his office.  The upshot being that by the end of the day, having been interviewed by three different people, I was offered a job as a Management Trainee and told that I could join as soon as I walked out of the university with my degree in hand.  A job offer before I had even completed my Masters, what more could one possibly ask for?  And so, three months later I found myself in what was then the Oberoi Intercontinental in Delhi.

The bubble of happiness didn’t last very long!  Within a couple of months into the job I simply hated it.  In an enclosed, artificial environment where I had to keep smiling at folk I would have loved to smack across their smug faces, resulted in me becoming a grouch who spent every waking hour complaining about almost everything to anyone who would care to listen.  And then, providence!  Once again in my sisters place, once again a conversation with one of their friends, which went along the lines of him telling me in no uncertain terms that everyone in my sisters circle was fed up of my constant bitching and my hang-dog look and wanted to know why I was like that.  “Hate my job, hate the hotel, hate being indoors” in short, hating everything.  The answer I got was that since I hated being indoors, why didn’t I look for a job that would entail me  being outdoors.  “Outdoors – what would I do?”  The response is what gave me my calling.  “Have you ever considered planting?”

Planting!  The VERY limited knowledge I had about planting was that it was all about Tea and that while Tea emanated from Assam, all the tea companies operated out of Calcutta.  The world before Google!  There being no other way I could think of to dig out any information, next morning I went across to the Delhi telephone exchange, where my request that I be allowed to borrow a Calcutta telephone directory led to me being handed over three VERY large volumes with an instruction that while I was welcome to go through those tomes in the premises,

I was not allowed to remove them from there.  It took all of four full working days for me to thumb my way through those volumes, page by page, noting down addresses which appeared to be promising.  Shooting in the dark, my search criteria were:

Entries had to be in bold.
Since tea was reputed to be the preserve of the BIG boys, Companies that were “Limited”
And companies which sounded “British”
Four days later I emerged from the exchange with a list of 120 companies which conformed to my yardstick.

to produce 120 covering letters and a similar number of original two page bio-data’s.  The insistence on originals because back then photo-copying was in its infancy and the apparatus (one could not really call it a machine) would produce very badly smudged and dirty looking copies.  Within a fortnight of my having posted the letters after duly licking 120 postage stamps, I received a letter from Malayalam Plantations inviting me for an interview to Cochin and offering me first class train fare and hotel stay there.  I was totally flummoxed.  Couldn’t figure out how, since all my letters had been posted to only Calcutta based companies, I had received a letter from a company in Cochin (figured out later that a letter to Harrison & Crossfield, who were the managing agents for Malayalams in India, had been forwarded to Cochin).  My southernmost travel having been one solitary trip as a kid to Bombay, who was I to look a gift horse in the mouth.

The three day journey from

Delhi to Cochin being an experience in itself, it’s a yarn I’ll be spinning on another day.  For the present ramble, a fortnight later dishevelled and groggy I find myself alighting from the JJ Express at the Cochin Harbour Terminus.

Next day found me in the H&C office, seated in the company of about 45 hopeful young men.  Two days later we were down to five who were ushered into the office of Peter Weavers, the CEO to be told that while we five may well be suitable for the job, it was also fair that we get a feel of what we were getting into and that each of us would be sent to one of the company estates for an extension interview.  By noon the next day, I was driven into Mooply, a rubber estate near Trichur.  The moment the car started winding its way up to the Superintendents bungalow, I just knew that this was IT!

The PD there was Johnny Mathew who, after we had introduced ourselves,

had me seen up to the guest bedroom, a seriously spacious room with a rather grand four poster bed in the middle of the gleaming polished wooden floor.  Having settled in, I accompanied the boss to his office where I was given the programme for the extension interview.  The modus operandi being that I spend one day with the PD, the next day with G K Mohan (one of the three Assistant Superintendents on Mooply) and then back to Cochin on day four (a Friday) where I was to cool my heels in the hotel to meet with the Agents post weekend.  On an aside the PD also told me that on the morrow he had invited all the executives from the three estates which made up the Malayalams Mooply Valley Group for dinner and that, since I was his guest (for want of a better word) that I too was invited.

The next day with the PD went off rather well with me getting more and more excited at the door providence had opened up for me.  At the end of that very interesting day a well scrubbed and spruced up Mr Extension Interviewee along with the interviewer awaited the arrival of his dinner guests who trickled in to make up a party of 12 (me included).  Most of the chit-chat was work related with the PDs holding forth with the SDs hovering around the bar.  As the evening progressed, the eight young gentlemen gravitated towards a corner with me as a sort of appendage.

Having steered me away from the company of the seniors, the gang of nasty buggers tell me that all first time visitors to the Mooply valley undergo an initiation and then the very casual question thrown my way “do you drink?”

The somewhat recent experience of a bottle of gin shared between three friends in celebration of us passing out of university having ended with me getting violently sick, as is the standard reaction to episodes of such nature, I had sworn off drink for the rest of my life.  At that point of time however, faced with what was obviously a dare, I believe I may have puffed out my chest with a ‘but of course’ response.  What followed was a rather large beer tankard being handed over to me.  Despite having seen what was poured into the glass (a shot of EVERYTHING in Johnny’s bar, topped up with beer and garnished with liberal dashes of Tabasco and some mustard from the dining room) I could not obviously back off.  Bringing the glass up to my mouth I got this horrible pong wafting up to my nostrils and so did what was the norm when being given a dose of medicine when growing up, I pinched my nose and gulped that foul connotation down my gullet.  Appreciative oohs & aahs followed by “would you like another one?” Having got my foot into what I took to be acceptance, another one was definitely going to raise my stature.  And so, this time louder and with a lot more gusto “Sure!”

Swaying a bit, by the time I had finished the second tankard of venom, dinner was served and announced.  12 gentlemen sitting around a formal dinner layout and the first course which I clearly remember as being pea soup having been served, yours truly was working hard to eat the damn thing with a fork!  Oh yes, despite my totally inebriated state I remember that as clear as day.  And then did what I am still proud about and consider to be gentlemanly behaviour, I excused myself from the dinner table.

I remember myself tottering out of the dining room to the staircase leading up to my bedroom.  Put both my hands flat on the wall and inched my way up to flop down on the grand four poster bed in the middle of that room.

That night was spent either with me clutching on to the violently rocking bed to keep from falling off or of dragging myself to the loo to throw up in the WC.  All night action!

Don’t ask me how because I, till today, I don’t have any answer to that question.  All I know is that I not only survived the night but that at 5 O’clock when the watchman knocked on the bedroom door, I was up in a flash and by 0530 when

Mohan who had had tried to poison me the previous night rode up the driveway to the bungalow 100% certain that I would be dead to the world, found me on my own two feet waiting for him in the porch.  How I wish I had a camera then because the look on the horrible gentleman’s face was well worth capturing for posterity.

Loved every minute of that day!  So much so that when reminded that evening by Johnny that the car would be picking me up post breakfast on Friday, I made what I am certain would have been considered a bizarre request by any interviewee, that since I knew no one in Cochin and would get bored there wasting my time in the Casino Hotel, could I not stay on at Mooply over the weekend and be transported to Cochin early morning on Monday.  Taking this strange request in his stride, Johnny told me that it would be fine.  Bottom line being that I spent that weekend in utter bliss.

The result of the extension interview, the dinner episode and the aftermath having obviously been reported back to the bosses in Cochin and I presume, having been viewed favourably and likely having given those gentlemen something to guffaw over, the postscript to the extension interview was that when I reported to the Agents on Monday morning, I walked out of their office with an appointment letter in my hand.