A Whiff of the Past 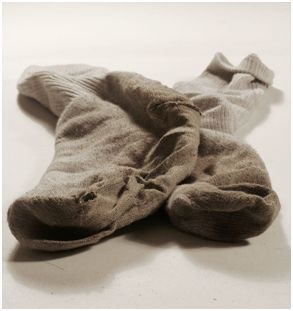 The school being located in Simla and while that was the very town which my family belonged to, I was all of a ripe age of 5 years when my Dad in his wisdom decided to pack me off to Bishop Cotton School, an all boys boarding school.  While the flow of the water works was on a diminishing scale through the latter half of my eleven years till such time as I completed my “O” levels in 1969, for the first couple of years with my Mum and I shedding copious tears, the start of each school term was always a very wet affair.

As I matured and moved on in life and even now at a ripe age of 68 when I think back over those formative years and the 24×7 all encompassing education we kids had the advantage of, not a day passes when I don’t silently thank my parents for what I am sure must have been somewhat of a heart wrenching decision despatching a little tyke away from home for all of nine months of each year.

During my first year in school (1959) we were all of seven toddlers in Kindergarten which, by the next year when we had moved up to Transition (which is what class-2 was called) our numbers had swelled to about 20 kids.  Through most of the eleven years at BCS with new kids jumping on to the band wagon and some of the existing ones leaving for other pastures, we were a body of approximately 28 lads slowly maturing into our teens.

joined our class.  Robin Nakai.  Same age as me, he even today continues to be somewhat of an idiot and is one who has never really grown up.  He is now a 67 year old Santa Claus blessed with the brain of a 10 year.  All of 59 years since the two of us first met, this idiot child continues to be a very close friend.  Through all the seven years we were together in BCS as we were promoted from one class to the next (which for Robin was always an uphill struggle) and moved from the junior to the senior most dormitory, with the dormitory plan being drawn up and decided

upon in advance by the house master ahead of the start of each academic year, it just so happened that every term Robin and I always ended up with our respective beds flanking each other.

The school academic year was divided into three terms of 3 months each with the winter break of the balance three months which stretched from mid December through till the school reopened for the new term by early March.  Classroom studies being only one aspect of it, games and sports were an integral and very important part of our total education.  What the Headmaster Mr R.K. von Goldstein (Goldi) always described as being an equal and balanced development of the mind, body and spirit!

A lovely ethos which meant that a lot of our time was spent on the playing fields, clambering up and down the hillsides, climbing trees, falling down and generally messing around having fun.  Active young boys on the games fields for hours on end regardless of rain or sunshine adds up to a lot of sweat blended with liberal measures of gooey slush, dust and …… you name it.  Our games kit, which is what we wore when out of the classroom, consisted of a cotton jersey in our respective house colours, white shorts and knee high woolen stockings in the same house colours as the jersey.  Every single day the kit would be subjected to loads of muck, grime and plenty of rain water, all the while being seasoned with copious volumes of sweat.  This rich blend would be constantly tricking down our legs into our already soaking wet stockings which ended up as some sort of a repository of the day’s activities.  Twice a week on Wednesdays and Saturdays (they were termed as “dhobi days”) we’d get a change of the games kit with the, by then, totally messed up and rather stinky set of apparel being replaced with neatly ironed clothing fresh from the dhobi’s vats of boiling water and whatever strong detergents the fellow used to get rid of all the grunge, with his brand of strong surfactant imparting our clothes with a faint and somewhat not unpleasant medicinal aroma.

While Amrita (his wife)

tells me that this was amongst the first things she took care of when they got married, back in the day Robin had this inexplicable and absolutely disgustingly bizarre habit which involved his hygiene or rather the lack of it, which rather strangely was confined to the area below his knees.  It was a standard practice on dhobi days that we’d all hand over the three items of our games uniforms to be exchanged with fresh kits.  A twice a week standard practice for all kids barring Robin, who would part with and exchange only his house jersey and shorts while stoutly refusing to accept a replacement of his house stockings.  At the beginning of each term this miserable SOD would start of with a pair of new house stockings which he’d finally discard only at the end of three whole months.  The pair which he’d reluctantly hand over to the laundryman at the end of term never came back to him, more likely than not disintegrating into tiny little bits and pieces of rotten wool as soon as the dhobi put them into the boiling water in his washing tubs.

The upshot being that as the term progressed, so did the stench which permeated every nook and cranny of our large dormitory.  Which meant that I, always occupying the bed next to Robin, had to bear the brunt of it.  During the monsoon term when football was the main sport, by the end of month two his stockings, having become caked with all sorts of muck, would be stiff and standing upright on their own so that Robin could simply slide his feet in all the way from the top through to the toe end of his stockings before lacing up his sodden football boots.

Passing out from school in 1969 Robin and I remained in contact with each other all the way through our undergrad days till the time both of us graduated from our respective colleges.  Post college, with the two of us having moved off to different parts of the world we simply lost touch with each other till we met many, many years later in the early 2000’s to renew our childhood friendship.  In the years in between us meeting up again while in my memory Robin’s face had become almost like a blur, that bloody awful and horrible stench which I had borne up to for each one of those 7/8 years remained firmly lodged in some remote subconscious niche in my brain.

Fast forward to 1992, by which time I had relocated from Assam to take up an assignment in Dubai.  The job entailed extensive travelling concentrated mainly in the Gulf area.  As part of my beat I was required to also cover Yemen which initially involved only a flight in and out of Sana’a, the capital city.

With the business in Yemen expanding, I ended up having to go deeper infield into the country.  While initially it was only to the mountainous city of Taiz, in course of time I was required to extend the trip to include the port city of Hodediah (which city I can tell you from first hand experience is just about the WORST dump in the whole wide world).  On later trips this filthy dump had become a regular stopover in my Yemen Itinerary which meant that after a couple of days work in Sana’a, I’d hire a cab which would drive me first to Taiz and from there down a very narrow, very steep and crazily winding road to Hodeidah, from where after my work I’d drive on to Aden to get a flight back to Dubai.

Ahead of my initial foray into the unexplored territory, there being no other way to access any information, I paid a visit to the Yemen Embassy in Dubai to learn that Hodeidah had only one ‘decent’ hotel, one which went by the rather imposing title of the “Grand Hotel”.  Having sent the hotel a request by fax, I received one in return confirming my booking for my first overnight stay in the so called city!

On the first extended visit, finishing off my work by late afternoon in Taiz which city is located in the high mountains, the cab driver I had always used, a drunken half wit going by what he assumed to be a very ‘unusual’ name of (you guessed it) – Ali, literally hurtled down the bends with his one hand permanently stuck to the horn button of the Mercedes which boneshaker had obviously seen better days in the distant past, more likely than not at least a half century earlier.  We reached the bottom of the mountain three nerve wracking hours later to hit the coast just as dusk was settling in.  Which was also just about the time when

a very severe shamal (a desert sandstorm) decided to lay it on for me, as a welcome present to Hodeidah.  With visibility down to almost nothing and with the wipers of the Mercedes struggling to clear the windscreen of the very rapidly accumulating sand, Ali managed to somehow find his way into the porch of the Grand Hotel.  Stepping out of the cab, fighting a losing battle to get the sand out of my hair, eyes and mouth I pushed open a creaking aluminium framed glass door to step into the lobby to be literally slapped in the face by a ‘thick’ overpowering stench which was a heady blend of monsoon soaked stockings and rotting fish which smacked into me with such force that I instinctively took a step back.

The only explanation which comes to mind to describe that hasty one step back is ‘a time warp’ which in a trice transported me back to 1969, to my final year in Bishop Cotton School!

I just could not believe it!  Robin Nakai had, somehow, managed to beat me to Hodeidah!!!