The perfect brew: The all-women Tea Studio in the Nilgiris is a perfect example of the local going global 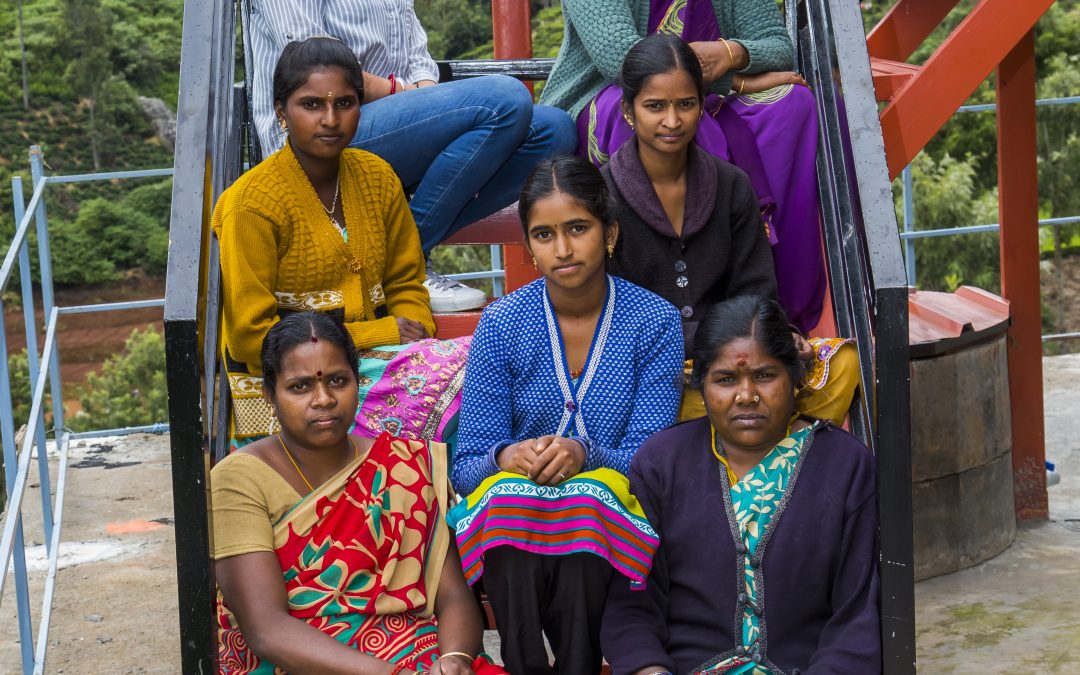 Eight women at an elegant and tiny tea facility in the Nilgiris in Tamil Nadu, make artisanal teas from locally grown leaves and supply them across the globe to Canada, Europe, Japan, Australia and North America

It’s difficult to write about Nilgiris tea and not mention how the rolling hillsides with tea plantations look like an intricate  patchwork quilt in shades of green. A pop of defiant red in the midst of all the soothing green catches the eye. It is as if the blue mountains ran out of green and decided to hastily sew on a red patch.

That red patch, perched in a tiny village called T Manihatty, Kattabettu in the Nilgiris in Tamil Nadu, about 550 kilometres from the state capital Chennai, is Muskan Khanna’s fetching Tea Studio.

Set up in 2018, Tea Studio is a tiny artisanal teas manufacturing unit in a predominantly tea growing region of the Nilgiris, the largest tea growing district in south India. Artisanal teas manufactured here include four black teas, six green teas, three white teas  and two Oolong. They are all semi-hand crafted and the facility prides itself in the permutations and combinations it can come up with for its clients.

Inside the facility, the fragrance of roasting tea makes it warm and toasty, a welcome contrast to the crisp cold outdoors. What sets it apart is the fact that it is an all-woman enterprise, with its seven employees living in the neighbouring villages except for 35-year-old Khanna who helms it and who lives in Coonoor, 20 kms away; it is perhaps the only tea manufacturing unit in the country that uses LPG for the drying, roasting and processing of the tea leaves, which does not pollute the environment in any way (most manufacturing units use coal or wood); it supports and encourages the philosophy of being ‘local’.

The tea leaves for the factory come from the gardens around it. They are usually from local growers who own no more than half-an-acre (0.2 hectares) to four acres (approximately 1.5 hectares) of land. The growers, most of whom are from the Badaga community, bring their tea leaves, Khanna inspects them and if they pass muster, she buys them right away. Many of these growers are the husbands of the women employed at the studio.

The facility buys approximately 2,000 kilogrammes of tea leaves a month. These tea leaves are ‘deemed’ organic. “Traditionally, these small growers have never used chemicals or fertilisers on their tiny plots. They use dung and compost. But they are not certified as organic,” Khanna clarified.

Khanna is in the middle of a transaction with one of those tea growers, and her trusted ‘tea-maker’ Vaidhegi translates from the local Badaga language to English. The pile of fresh green tea leaves are scrutinised, the tea grower is asked a few searching questions and a deal is struck then and there. It is a big, scrupulously clean area, with plenty of light and air. Shiny machines hum and buzz and rumble as women fuss around it, stirring here, tossing there and checking the texture of the tea.

As Tea Studio only wanted to make artisanal teas, a woman’s delicate touch was essential, pointed out Khanna. That explained the lone woman sitting outside at the gate, fiercely focussed, as she sorted a tray of processed tea leaves. Because these are delicate teas, and as the facility has no sorting machine like the conventional tea factories do, women hand-sort the finished product to pick out anything that is not uniform.

The facility is a small one with limited production. And it runs on just a single shift that is also convenient for the women working there. It did take some time for the women to be accepted or be taken seriously, in an industry that is conventionally male dominated.

According to Vaidhegi who is from the local village, it also took her time to ‘take charge’ and tell the male tea growers off if the leaf they brought in was not up to scratch.

Five of the employees — Chitra, Sharmila, Sandhya, Kalivani  and Kunjamma — are daily wage workers and they earn Rs 320 a day (they work six days a week), while Vaidhegi, who is the ‘tea maker’ earns Rs 13,000 a month. Accountant Ishwarya earns Rs 12,000 a month. Their ages range between 23 and 48 years.

The fact that unmarried girls are bringing in some income into the households has seen a slowdown in the ‘husband hunting’.

A staircase in the facility leads upstairs to another bright space dominated by big picture windows overlooking, what else, but tea gardens. On a counter are arranged a row of cups with the liquor from different artisanal teas. The colours range from a deep garnet to pale champagne.

Visitors to the Tea Studio are encouraged to sip the liquor, swivel it in the mouth and savour the taste of each tea. With a little nudge and help from the ladies, one can suss out the subtle notes of ‘floral’ , ‘citrus’, ‘pepper’, ‘jasmine’,‘sweet jaggery’ and even ‘sweet potato’.

The Tea Studio is constantly innovating and manufacturing teas that have never been attempted before. Khanna’s The Green Nilgiri Bamboo is awaiting a patent in her name. It is made from the stalks of tea and has notes of jaggery in it.

Although machines are used in the manufacturing process, unlike regular factories where the leaf is fed in at the start and the end product comes out at the other end, at the Tea Studio, there is human interaction at every step. The imported Chinese machines are designed so that the women can keep a close watch at what stage the tea is at. Does it require more heat, or less heat, does it need to get a tad drier, does the leaf require more roasting, is the colour right…and so on.

The boutique Tea Studio sells anywhere between four hundred to five hundred kilos a month and it only manufactures against order, so it depends on what and how much the customer orders.  It does not participate in tea auctions. Its regular clients are  wholesale buyers, who often rename the product and sell ahead. Markets include Canada, Europe, Japan, Australia and North America and a small portion of it is also sold in retail in India.

Two per cent of Tea Studio’s profits are kept aside to help local villagers, especially the women. Whether it is to build toilets or helping out an employee with her child’s education, the money is kept aside for them in their hour of need. As and when the need arises, the villages approach the studio and should the CSR amount be enough, they go ahead and provide them whatever it is that they need urgently.

Tea Studio is celebrating its fourth birthday this year and there are plans in the pipeline to purchase the land next to the studio so that they can experiment with different varieties of tea plants.

“For me, personally, it is to hopefully inspire more women to work in this male-dominated industry; to show the younger generation that tea isn’t a mundane, boring job. Overall, of course, it is to empower women to a whole new level,” she smiled, before excusing herself to go and check on the 400 kg order they had for the day.