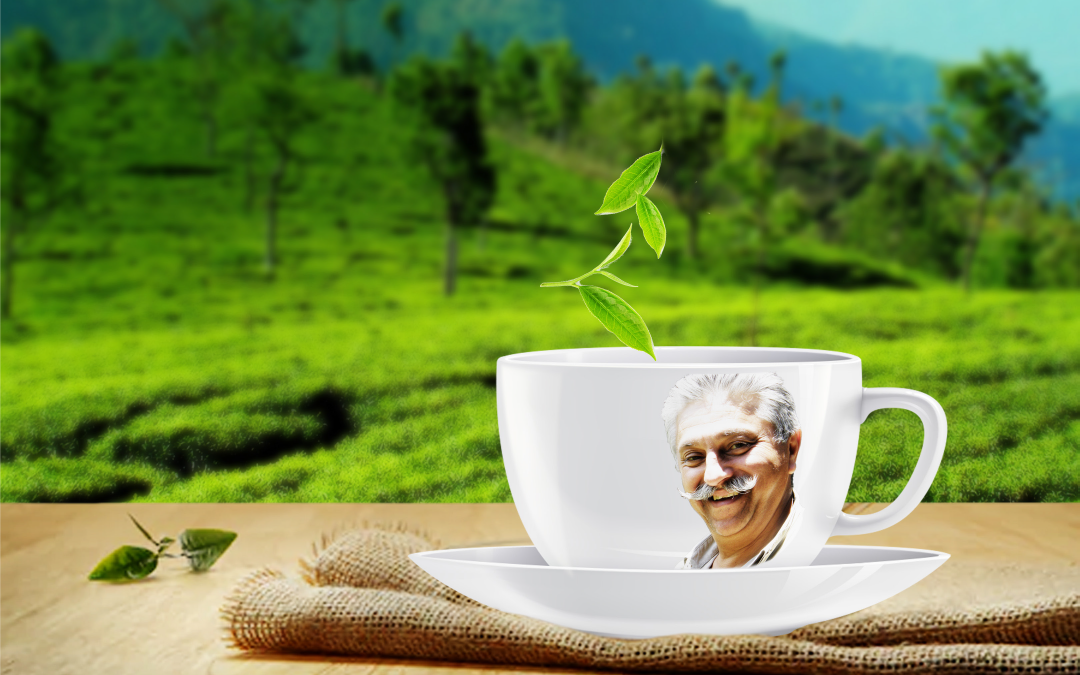 The Victorian era is credited with the invention of the moustache cup—designed to keep whiskers in place. Of all tea accessories, this one deserves a fresh look

A few weeks ago, on Lounge’s weekly showcase of objects in “Source”, a teapot caught my eye. It was a rounded pot with two spouts to simultaneously pour two cups of tea. A little digging revealed that the two spouts are not a modern invention. In fact, they date back to Victorian times, a period, as it turns out, that was a wonderfully inventive time for teapots. There were the two-spouted, many-spouted, and even a double teapot that looks like it’s standing akimbo.
The teacup was not far behind. The Victorian era is credited with the invention of the moustache cup—designed to keep whiskers in place. Of all tea accessories, I do think this one deserves a fresh look. I first heard about the moustache cup from historian Romita Ray, who was researching the visual cultures of tea in colonial and modern India. From the outside, it looks like a regular porcelain tea cup. Look from above, however, and you will see a little ledge. Ray points out that the ledge is designed like the contours of a moustache, lest anyone doubt its intended purpose. Someone else described it as “an adult sippy cup” but I think that does it a great disservice. The moustache cup dates back to the 1860s, its invention credited to Harvey Adams, a potter from Stoke-on-Trent, Staffordshire, UK. This is the home of ceramic pottery, master potters and legendary Victorian-era factories like Wedgwood, Minton and Spode. Adams, the son of a potter, has been described as “a local councillor, radical non-conformist, innovator and inventor of the ‘moustache cup’”. The story goes that the moustache cup became so popular that Adams made his fortune with it and retired early. For, the Victorian era ushered in the golden age of he moustache. Gentlemanly glory lay in waxed, combed and sculpted whiskers. Ray says the moustache signalled manliness and power. In fact, between 1860-1916, the British army mandated that every soldier sport a moustache. Command 1695 of the King’s Regulations and Orders for the Army said: “The hair of the head will be kept short. The chin and the under lip will be shaved, but not the upper lip….” Was this to keep up with the moustachioed natives in India, as some sources indicate? Whatever the reason, the moustache had come to stay, in the army and in civil society. And here was a cup that would allow a gentleman to enjoy his tea without ruining his handiwork. No more fear of staining a moustache or, worse, having the wax melt and drip, leaving a flopping mass of face hair. Over the years, however, it fell into disuse. I ask Indi Khanna, a veteran tea planter who sports a great handlebar, about dealing with tea behind a moustache. “No problem drinking tea,” he says, “barring the fact that by the time I am through with my first cup, my moustache tends to droop, with the ends dripping like a thawing icicle hanging from the eaves.” He adds that tackling toast with butter and marmalade is a bigger nuisance. Maybe Harvey Adams thought so too.