The bump on the road 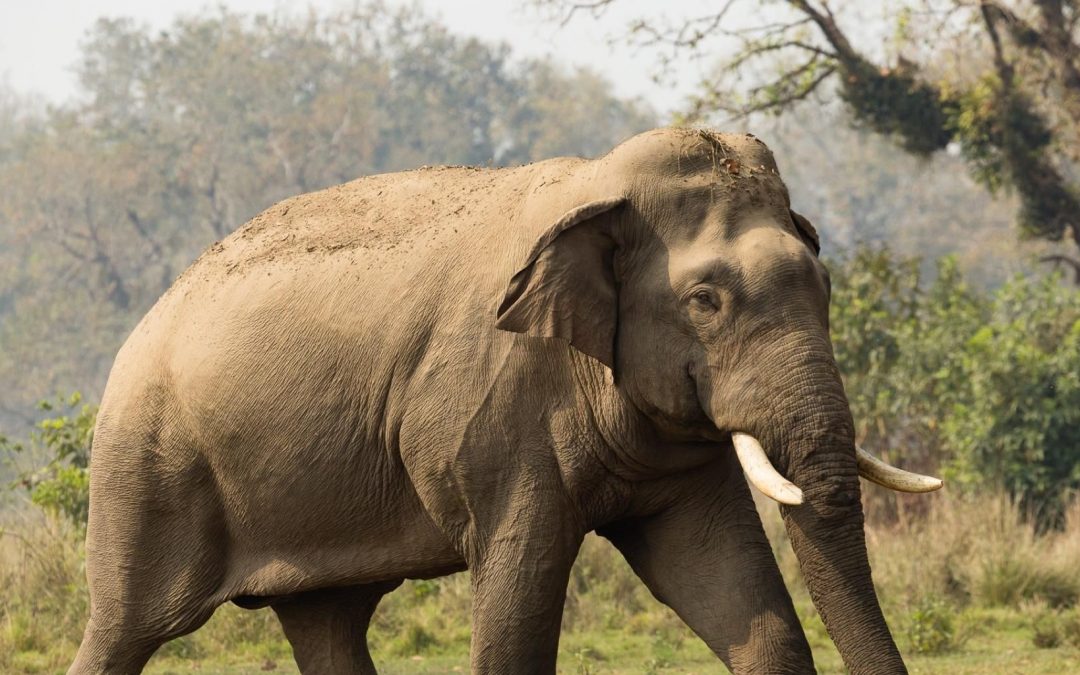 I’m terrible with dates.  While I need to shovel loads of fish down my gullet to simply remember even my date of birth date, the one date which is firmly etched in my memory is the 1st of January 1978. 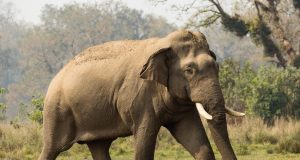 I was a young pudian (green horn) SD on Panniar Estate in the High Ranges in Kerala.  An area teeming with elephants so that hardly a day went by when one, while going around the estate, didn’t bump into at least a couple of the pachyderms.  The SOP was straightforward, you see a fellow, you simply swivel your bike 1800 and head post-haste in the opposite direction. Workers, whenever they encountered elephants, which was a regular feature, either turned on their heels or else ducked under the nearest tea bush and stayed put till the gentle giant(s) had ambled across.  Perfect harmony and cohabitation.  The man/animal conflict tale was, in those days, unknown and waiting in the wings to be played out many decades later.

Back in the day the High Range Club was always buzzing and VERY active.  With the district encompassing 26 estates, 23 Tata Finlay (now KDHP) properties and 3 belonging to Malayalam Plantations (of which company, I as an Assistant Superintendent, was a teeny-weeny cog in the machinery) the strength of covenanted staff in the district was enough to ensure that the club was always alive and kicking. 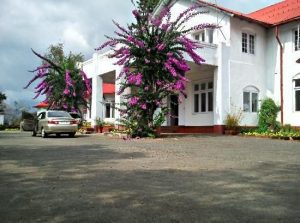 Never more so than on New Year’s eve.  Which ‘evening’ traditionally ended the next morning with an early 0500 Hrs breakfast of dosas, leaving one just about enough time for us to get back to the estate in time for muster.  The club on new year’s eve (besides other big bashes and inter-district meets through the year) was very pucca.  Ladies resplendent in their best saris and all the men in formal attire – dinner jackets or ‘bandh gala coats’. 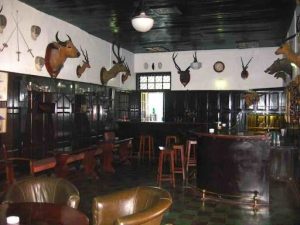 The accepted form back in the day was that, following the New Years dance and dinner, on the 1st of January one attended muster, allocated the day’s work and could then could take it somewhat easy through the day.

Leaving the club post a hearty dosa breakfast, still in my formal dinner attire, I rode into Panniar just in time for my morning muster at 7 a.m.  As the workers trickled in, they were assigned their work for the day and headed off to the allocated fields.  Around 0800 Hrs, by which time normally all the workers should have reported for work, my conductor Mr Balia (Incidentally NEVER Balia – always Mr Balia) remarked that he found it rather strange that not a single worker from the No.5 line had come in for work.  Odd indeed.  So I got on to my bike and heading off towards the lines.  Nearing the lines I noticed a whole lot of workers and kids sitting on the roofs of their houses.  Seeing me they started shouting that I shouldn’t come any further since there was an elephant sitting in the middle of road.

Did a quick about turn and drove up instead to the main office which was on the hillock opposite the No.5 lines, from where I could also sight the road leading up to the lines.  Sure enough, there it was – this huge fellow sprawled across the road with his massive head slightly raised off the ground, resting on his tusks.  On being asked, the workers shouted back that he had been there since midnight in exactly the same position.  As to why everyone was perched on their roof tops, was told that they were scared to come down.  By which time Mr Balia having also arrived on the scene, explained to me that the elephant on the road was the same one which had been visiting the lines regularly to raid their kitchen garden plots for banana and sugar cane which the workers had planted.  Whenever the workers would hear or see him heading their way they would scramble up on to the roof and would start banging on the CI sheets to drive the fellow away from their homes.

This particular time, probably fed up of being chased off all the time and being robbed off the juicy cane, the tusker had trumpeted and raising his trunk to its full height, had charged towards the lines and had likely tripped and fallen over to end up sitting on the road in the position he was in.  In all the pandemonium and egged on by Mr Balia, one of the workers finally picked up courage, clambered down from the roof and approached the elephant with a large rock in his hand, got close enough and threw the rock which simply bounced off the elephants back with not so much as a twitch from the mastodon.  That gave all the others, including me, the guts to approach the fellow.  Which is when we saw the high tension cable firmly lodged, running across through his mouth above his lower lip and him obviously dead! 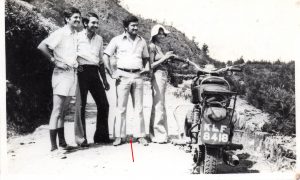 By this time Rajah Pooviah (red arrow) who was the acting Superintendent since Abid was away on leave, had also arrived on the scene.  After much discussion we concluded that when the big fellow charged the lines, his trunk which was very high up in the air, had probably hit the electric cable dragging it into his mouth.  And there it stayed with the electric poles on either side of the sagging cable bent inwards and leaning towards our poor dead pachyderm.

The matter being reported to the Divisional Forest Officer resulted in almost all the government functionaries in the district descending upon Panniar leading to two days of a merry-go-round with Rajah being threatened with arrest for having wilfully electrocuted the elephant. 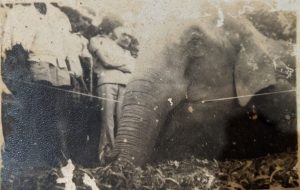 Two days of tension before the DFO finally accepted that the death was the result of an accident.  Which led to a formal permission from the district authorities to the estate management to dispose of the carcass.

Ever tried to dispose off a 4 ton carcass?  Easier said than done I assure you.  600 litres of diesel was brought in from the factory and poured over the poor fellow and from a very safe distance a burning rag was tossed on.  Whoosh!  A cloud of dense black smoke and a massive flame which died away as quickly as it had erupted.  The smoke having cleared we saw that, barring only the hair on the elephants hide which had disappeared, the carcass itself was totally unaffected.  After much deliberation and logistical planning a massive pit was dug across the road just behind the carcass.  The estate tractor fitted with a winch cable and our two lorries were pressed into service to pull the elephant, dragging it into the pit.  Following which the workers paid their respects to the tusker and conducted a Puja before the grave was covered over, leaving a massive hump in the middle of the road.  Which mound, as the days went by, started settling down.

Fast forward to 2018.  I had to visit Munnar for some work with KDHP and decided to pay a visit to my first estate.  Went up to the office and looked down into the valley.  Yup!  Not quite as prominent as when we’d buried the hapless soul, but there it was – the hump in the middle of the road!