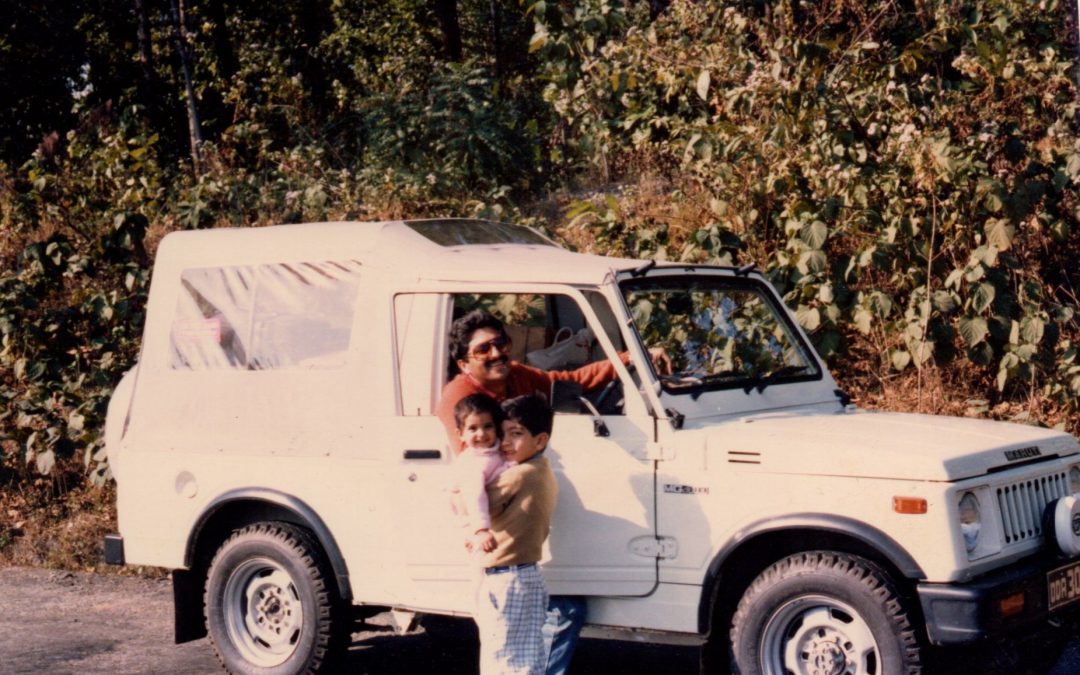 In 1987 when I was the manager of Limbuguri Estate(↓) in Upper Assam our docile and beautiful Labrador Lady (thats her) probably got out of the bungalow compound one day and managed to get knocked up by one of the many dogs from the labour lines who would hopefully be hanging around the fencing whenever Lady was on heat. 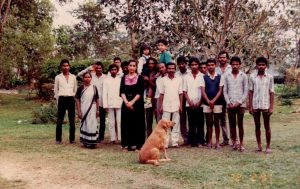 Two months later with Kitty and the kids away on holiday to Simla, preparations had been made in the kids room

for the day when I was to become a grandfather. 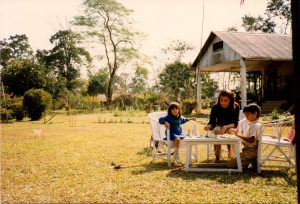 The day arrived and our bearer Japan and I watched in wonder while Lady worked her way around delivering eight beautiful Lab pups, five of them a lovely golden colour like Lady’s and three black one.  And then with a final push, out came a rather strange looking animal.  My immediate reaction was that this one was a runt which we would probably have to put down, however barring the fact that he was very different from his siblings, the fellow seemed to be perfectly healthy.  A couple of days later after the pups had opened their eyes and had started moving around, I had a good look at the last arrival and decided that this was the one from the litter which the children would love and the one we’d keep.

He was just about the strangest looking dog one would ever see.  His coat was reddish brown.  Four legs which ended in white, dappled with black spotted socked paws.  A tail which was thinner than a Labs but which ended in a white speckled tuft much like a lion’s tail.  One ear which stood erect while the other was lazily bent over double.  A muzzle which, like his tail and paws, ended in black speckled white and eyes which had a strange and beautiful golden hue.  There simply was no way that I could have named him other than CARTOON (this fellow with Muskan is not Cartoon though of the same size). 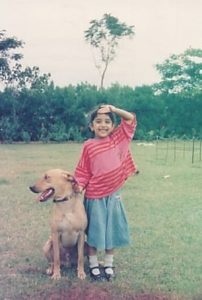 And to the workers he became Kartoo.

Much like Jacks beanstalk, Cartoon grew by the day.  He ended up a very tall and large handsome specimen, living up to his name.  He loved to wander and would disappear from the bungalow compound for hours on end, likely fathering cartoons all over Limbuguri, but would always magically appear in the dining room in time for our dinner.  He loved to ride in my Gypsy and would accompany me on my garden rounds sitting proud and erect on the front seat.  Driving through any of the labour lines, should he spot a chicken anywhere, he’d be off the seat in a flash and then would dart off with the bird in his mouth only to be seen in the bungalow after hours. 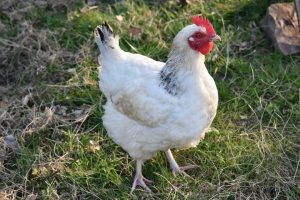 I of course had to pay for the victims of Cartoons hunting expeditions, not just for the bird but also for the many eggs she would have laid.  In addition to the hunting on wheels, fairly regularly I’d have workers coming to my office complaining about Kartoo having visited one of the six labour lines on the estate and having made off with a chicken.  Always a chicken which was supposedly the ultimate egg-layer in the lines.

Went on for ages with the hole in my pocket becoming ever deeper , but try as I might I was unable to control Cartoons hunting expeditions.  In Limbuguri labour lines Cartoon became something of a legend being famously known as ‘burra sahib ka murghi chor’ (the Managers chicken thief).

And then that day while walking out of my bungalow gate next to which was the bungalow staff houses, I spotted Cartoon sitting erect and very alert in front of Gokulchand, our rather lovable and regularly drunk house boy.  I was taken aback to see the gentleman busy plucking the feathers off a chicken.  It being almost the fag end of a month by which time most workers would normally have exhausted their salaries and would be scrounging, that scene stopped me in my tracks.  The penny having dropped, I called Gokulchand and in my most stern voice asked him how on earth at the end of the month did he have money for buying a chicken?  After much humming and hawing and shuffling of feet it was explained to me that on a regular basis Kartoo would bring a chicken for Gokulchand and that the bird would be cooked and shared between the two.

Other than glaring at the duo, both looking at me most innocently, there really was not much else that I could do.  The bottom line was that Gokulchand kept getting his regular supply of protein and hapless me had no option but to keep paying for it.

When we finally left Limbuguri in 1990, since there was no way that we could take Cartoon with us, we very reluctantly had to leave him behind to be adopted by his hunting buddy.  With Gokulchand being of a ripe age, he and Kartoo must have carried on with their expeditions long after we had left Assam and would, I am sure be still at it in their happy hunting ground wherever that may be.