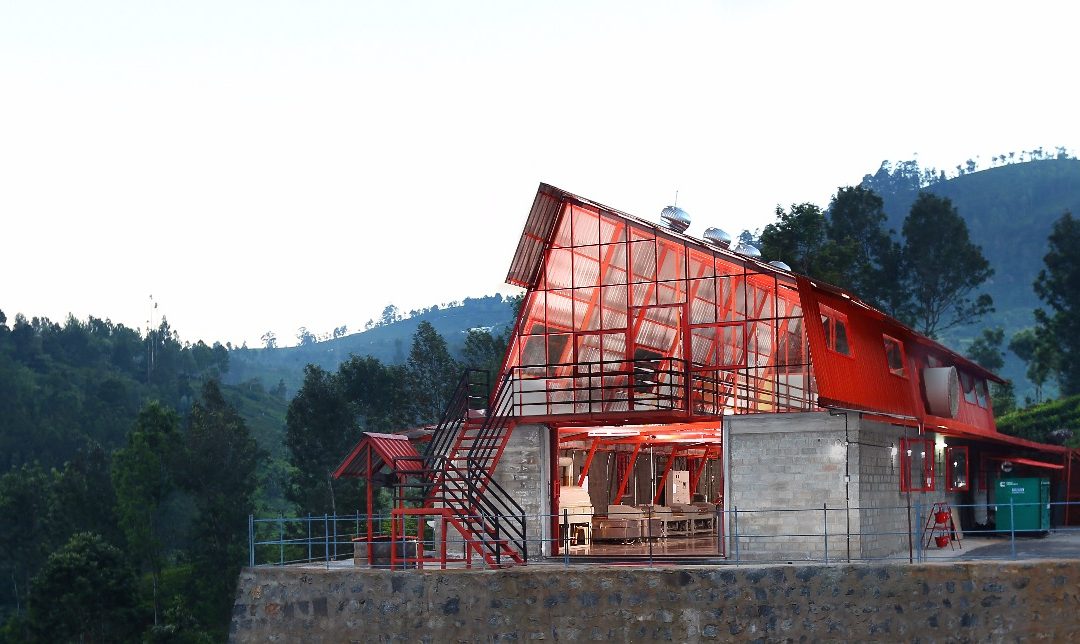 The poor quality and low value of Nilgiri tea have since the 1990s  caused severe hardship for smallholder farmers. Now, a new manufacturing unit has opened that aims to change the way tea is plucked and processed adding value to the teas from India’s famous Southern hills.

High in the Nilgiri Hills just outside Coonoor, a new tea factory of revolutionary design and striking visual impact lies at the very heart of tea country, surrounded by tea bushes that grow right up to the front gate and perimeter walls. Tea Studio is an innovative project that provides local tea growers with a processing unit designed to manufacture high-quality specialty teas. It is the brainchild of Indi Khanna, tea maker, who has dedicated the last four decades of his life to the production of quality specialty teas, and who has, for many years, been aware of the challenges facing tea producers in Southern India and vowed to try and find a solution. 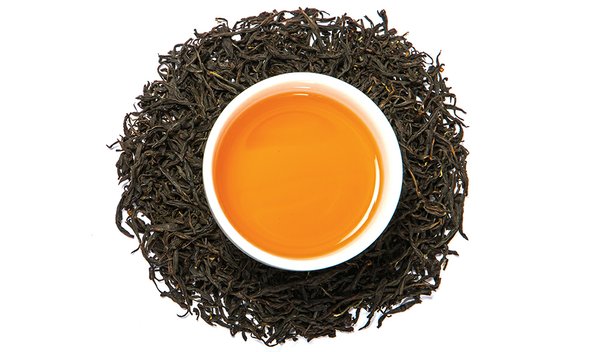 Challenges in the Nilgiri

The steeply winding roads that lead upwards from the lower plains of Tamil Nadu in Southern India to heights of 7,000 to 8,000 feet in the Nilgiri Hills climb through mile after mile of vertiginous slopes that appear to be wrapped entirely in tea bushes. Established as a commercial tea growing region in the 1850s, the region’s tea bushes seem at first glance to still be the only crop grown here. But things are changing, and when you look more carefully amongst the swathes of green, you notice vast polytunnels and large areas of bare red earth where diggers and tractors have cleared and leveled the land to plant other crops. This is a region of smallholder farmers who, in the past, made a living by cultivating tea and selling the fresh leaf to local factories. But since the late 1990s, this traditional crop has not brought the profit and security that the growers need, and so they are turning to other ways of earning a living. 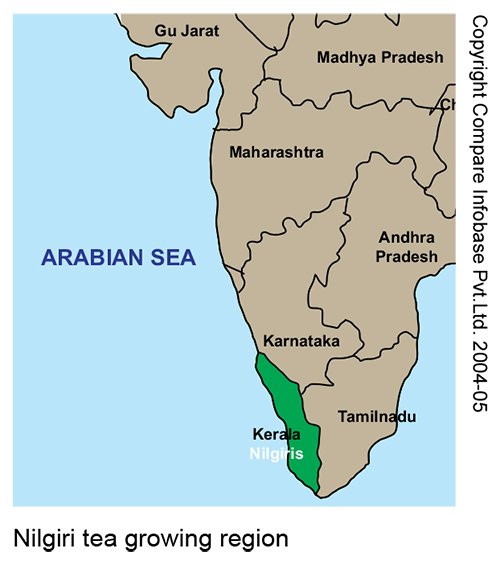 The causes of the tea farmers’ problems are many and varied. Unlike Darjeeling and Assam in the northeast of India, where large estates account for the majority of tea production, 70% of Nilgiri tea is grown by smallholders. These farm plots are typically less than a hectare each. When India gained independence from the British in 1947, UK buyers no longer purchased huge quantities of Indian tea. In its quest to find new markets, the Indian government established trade links with the USSR, whose buyers demanded enormous amounts of low-quality bulk CTC and orthodox broken grades, but, happily for India, at a time when favorable exchange rates meant good profits. So, under the Crop Diversification Program in the 1980s, more and more smallholders converted from vegetables to tea, and the tea market in Southern India boomed. However, the dissolution of the Soviet Bloc in 1991 coincided with generally weaker global markets, and so the demand for Southern Indian teas reduced alarmingly, and Nilgiri smallholder farmers have struggled ever since.

The evolution of tea machinery

Today, just as the USSR once bought vast quantities of low-grade black Nilgiri teas, buyers mainly from Russia and Iran, but also from India and other countries including Pakistan, still demand the same type of bulk teas. And, like the producers of the 1990s, as long as they can sell all the tea they make – even if they fetch low prices – there is little reason to improve quality. Prices stay low, smallholders are paid very little for their fresh leaf and leaf quality remains low, perpetuating a vicious circle. And the problem of poor quality teas has been compounded by a severe shortage of labor in the region as more and more people turn away from agricultural work and look for jobs in the cities. Tea is therefore harvested by machine, often when new shoots have grown too long and untidy, and so tea quality remains poor. With low prices for green leaf, many of the smallholders have now switched to growing vegetables, such as carrots, beetroot, and turnips, which fetch much better prices. And while some convert to different crops, others are selling off their land to real estate owners (a market that is currently booming as the wealthy invest in holiday villas, apartments, and condos in the cool hills of Kerala and Tamil Nadu). As a result the region has lost around 3,300 acres of tea estates and approximately 24,0000 acres of small tea gardens in the past ten years. 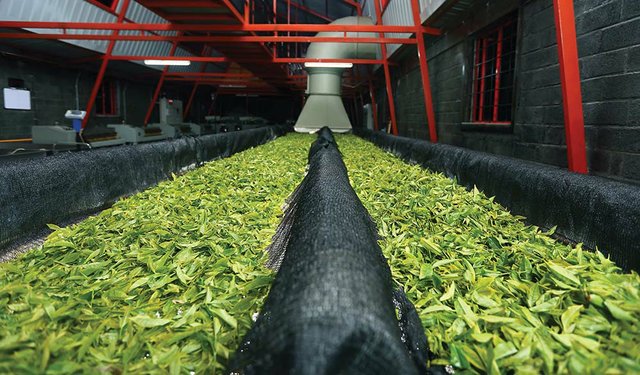 It is against this backdrop that Khanna developed the inspired idea of Tea Studio. Through his experience in the specialty tea market, Khanna recognized that there is “an existent and rapidly growing market opportunity for high-end, small lot Nilgiri tea.” And what he has created at Tea Studio is entirely different from traditional, industrial factories, and is instead a small-scale, cottage industry unit which buys fine-plucked leaf from local smallholders and turns it into unusual artisanal teas using machinery and methodology imported from China. Khanna and his team are confident that the quality teas being made will gradually raise awareness amongst local smallholders and inspire them to improve their plucking standard and sell what Khanna calls ‘super fine-plucked’ fresh leaf (one bud and one open leaf) to Tea Studio for a much higher price (around 80-130 rupees per kilo) than the 10-15 rupees per kilo paid by the big factories. Instead of using sickles to harvest the tea and allowing the leaf to lie around before delivering it to nearby factories, the pluckers are being trained by Khanna to pick by hand, to only gather one leaf and a bud, and to deliver the leaf to Tea Studio as quickly as possible.

Changing the farmers’ attitudes, understanding, and plucking skills will take time, patience, and training, but Tea Studio is optimistic that, as local growers realize that careful plucking means higher prices for fresh leaf, better quality teas for the growing specialty tea market, and a continuing demand for good leaf, they will recognize the sustainable, long-term benefits for everyone involved.

As Kevin Gascoyne, one of four owners of Camellia Sinensis, Canada, which is a member of the Tea Studio partnership, explains: “We believe that raising the quality bar also has an effect on the pride and connection felt towards the product for all involved in the chain from the garden to the cup.” One new supplier of leaf, Gurjit Singh Cheema, is a retired Indian Army major general who recently acquired an abandoned 25-acre tea garden that was completely overgrown with lantana, weeds, and other trees. Working with a team from a nearby village, Cheema has slowly and lovingly uncovered and refurbished the tea, and the hand-plucked leaf is now delivered regularly to Tea Studio for processing.

But Tea Studio is more than just a factory. It is already becoming a center for research and experimentation in collaboration with tea research institutes and tea producers from China, Taiwan, Japan, Nepal, and other parts of India. The tea bushes in the region are a mix of seed-grown assamica and clonal plants. Tea Studio plans to acquire more land around the factory and plant other varietals and cultivars to broaden and improve the range of possible tea flavors and aromas. Also, with its ground-breaking design (which incorporates a raised, open-plan walkway at first floor level so that visitors can view what is happening on the factory floor), the unit is intended to accommodate not just local tea makers but also groups of visitors who wish to understand and learn tea processing for themselves under the instruction of the factory team. And, as Gascoyne explained, “With plans to use the Tea Studio as a part-time educational facility, it also gives Camellia Sinensis the opportunity to play a small pro-active role in improving tea quality in other producing regions. So our company hopes to profit both short-term from the obvious vertical supply chain but also from investing in the future of tea quality elsewhere. It is a very long-term project.” 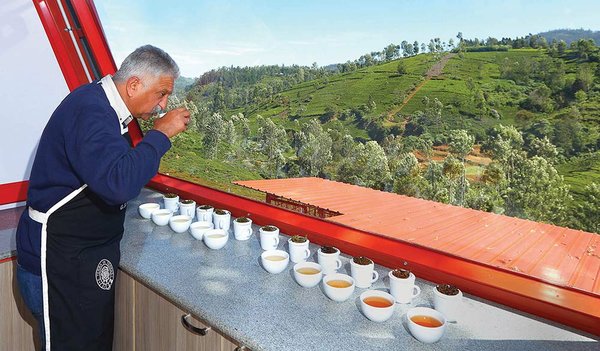 The brew from the twisted, serpent-like leaves of the Nilgiri mao feng has gentle spinach notes. Dewdrop Green is nutty with hints of roasted green peppers. The long flat needles of Nilgiri long jing give a thick buttery liquor reminiscent of young green spring vegetables. And the bamboo green is named for the neat lengths of stalk that have been rolled flat and brew a pale yellow liquor with a slightly grassy character.

The silvery, grey-green, downy platinum needles White buds infuse a pale yellow-gold liquor that is delicate and suggests warm hay and toasted nuts and seeds, while the bai mu dan white consists of whole leaves and buds that gives a slightly nutty, toasted grain flavor and aroma. The liquor from the gold-flecked, curly, brown oolong leaf is sweet and suggests roasted sweet potato or squash.

Nilgiri tress black has tightly-twisted, long, jet-black leaves that brew a bright orange-red liquor with a wonderfully smooth, sweet character. And the shiny, curled leaves of pearl black unfurl in near-boiling water to give a stronger brew with hints of chocolate and malt.

With this unique manufacturing unit’s unusual and impressive range of carefully-crafted, quality teas now available on the world market, discerning tea drinkers are beginning to recognize Tea Studio and the Nilgiri Hills as a source of some genuinely great teas.